First Congregational Church
The University of Theology and Spirituality,
& The Spiritual Care Association:

FCC -- Supporting Education and Lifelong Learning for the Last 147 Years

On June 17, 1874 First Congregational Church (FCC) was organized in Tacoma, Washington. In June 1883, just nine years later, they constructed their first building, with a more permanent structure built in 1909. From the very start, FCC held education as one of its highest priorities.

They gathered their funds together and built a three-story, state-of-the-art Educational Wing in 1928. This wing had a dozen classrooms, a basketball court, and three stages to host educational plays and pageants. Although no longer in their original building, FCC continues to be a powerful advocate in the academic community by building and sustaining the University of Theology and Spirituality (UTS).

On September 13, 2015, First Congregation Church held a special meeting with 16 people in attendance. The 12 voting members constituted a quorum. After a very supportive discussion, a vote was called to approve the starting of a University offering both online and in-person education. The vote was unanimous continuing their 141-year old passion for education.

It was decided the University would focus on five areas of education: Progressive Theology, Chaplaincy, Pastoral Training, Spiritual Direction, and Clinical Pastoral Education, which are still prominent today. That same 2015 vote also facilitated the creation of the Graduate Academy of CPE Supervision (GACS), a graduate-level clinical pastoral education training & learning center, with its first group of students joining the program in February 2016.

Over the years, some of those original founding members have gone on to other adventures. The Founders who continued to fix their eyes upon the horizon of the future as FCC launched the SCA UTS were, and continue to be, Reverend Nancy Wade, Ted Wiseman, Sue Wiseman, Miriam Carpmail, Sharon Schroder, and Reverend Bill Greaver.

Without FCC’s substantial contribution and investment in UTS, the idea for a University would never have left the discussion tables.
The SCA UTS will forever be grateful for these founding fathers and mothers who gave of themselves and bravely stepped out into the future with their dream of educating the next generation of leaders in the helping professions.

On April 10, 2019, an agreement was reached, and a working arrangement between the FCC owned Academy of Theology and Spirituality (AHTS), and SCA was formed. FCC’s Academy would receive a name change to the Spiritual Care Association University of Theology and Spirituality (SCA UTS). This partnership has launched the University into becoming one of the most innovative and unique spiritual care universities on the planet with the largest think tank of spiritual care providers in the world.

Today FCC’s University continues to value its partnership with SCA both in leadership and in relationship. Without SCA, FCC’s dreams would not have moved forward fast enough to sustain itself. FCC believes that it is within this partnership that their lifelong mission of education to future leaders continues and will continue to provide spiritual care education for many generations to come.

Both of UTS’s Chancellors continue to be involved heavily in both education and the church. Rev. Greaver preaches weekly at FCC, and his partner Co-Chancellor Rev. Hall also pastors a small church. They are both supported in their efforts by FCC and SCA in making UTS one of the best universities for educating our future men and women in the spiritual care helping professions. 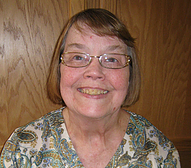 With her glowing smile, Nancy Wade has held almost every possible position at FCC, most recently as Moderator. As a UTS founder, she has served on the Board of Directors for the University and has been a strong advocate for education. As a lifelong learner, she has spent time studying at the San Francisco State University. She is an ordained Reverend, a wedding officiant, and a licensed lay minister. Her ordination is held through the National Association of Congregational Christian Churches. As a protector of children, she has spent portions of her life as a Child Advocate for the Court Appointed Special Advocate (C.A.S.A.). She serves as a valued guest preacher for FCC, and for almost two decades, has taught every youth that has come through the church via Sunday School or youth groups. Nancy currently resides in Tacoma, Washington. 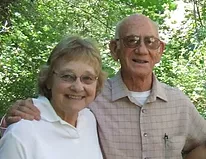 Growing up and graduating from Colville High School, Ted Wiseman has a long history of service in the Washington area. He is incredibly passionate about helping those who have had trouble with the law. As a career, Ted chose to be a Parole & Probation Officer and later served as a Parole & Probation Supervisor for the Washington Department of Corrections. He also took up the mantle of being a Child Advocate for the Court Appointed Special Advocate (C.A.S.A.). He earned an undergraduate degree from the University of Washington and received an M.A. in Social Services Administration from Pacific Lutheran University. A humble servant of the church, Ted has served in almost every position possible at F.C.C.: Moderator; Trustee Chair; Deacon; and has been instrumental in everything from church maintenance to the groundskeeping, never hesitating to pick up a broom or a rake. As a UTS Founder, he has held positions on the UTS Board of Directors.

Sue Wiseman has been very supportive of FCC’s passion for education, teaching for over a decade. As a young woman, Sue was a professional actress and learned to present her thoughts concisely and logically. She has taught, it seems, almost every child that has come through FCC either in Sunday school or as a youth leader. Sue held many church service positions as her husband Ted led the church as the Deacons chair and the church secretary. Sue values education and received her degree from the University of Washington. She also has held positions on the UTS Board of Directors as a founding member. Over the past ten plus years, Sue has also had a passion for the Heifer Foundation, which provides livestock to children and families in need worldwide. The Foundation also builds wells for villages that are in desperate need of water. Through the Heifer Foundation, Sue has personally seen that over a dozen young women from varying countries are able to receive education in places of the world where this would be a rarity. Sue has touched many people’s lives in a very compassionate and kind way. She has always been one of the University’s strongest supporters. 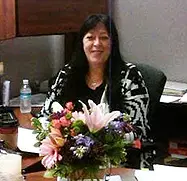 Sharon Schroder, a CPA, has been extremely beneficial to UTS with her work on the financial statements and budgeting during the University launch. Graduating from the University of Wyoming, she has had a history steeped in education. While living in South Dakota, Sharon taught and facilitated Native American culture classes on Lakota language, history, and heritage to inmates who spent time in the prison system.  She has been an advocate for those that are disenfranchised; a strong supporter of young women in 3rd world countries, sending them to school through the Heifer Foundation; and continues to teach and serve people in positions she supervises. She currently works for a local college where she utilizes her accounting and CPA skills to assist students. As a UTS Founder, she has held positions on the UTS Board of Directors. 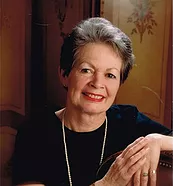 Miriam Carpmail, a strong proponent of education herself, received her next degree after high school from the Bates Technical College in Tacoma, Washington. Throughout her career, she has been involved in her community, namely, serving as the Assistant Jury Administrator for Pierce County Superior Court. She was also a volunteer Ombudsman(woman) for Pierce County; she was so effective in this role that she received a reward for it in 2013 for outstanding service. She has served on many positions of FCC’s church boards, most recently the FCC Program Committee. Miriam spearheaded and ran a group named OWLS (Older, Wiser, Ladies), a thought-provoking book club for FCC women and their friends. As a UTS Founder, she has served UTS with her support and advocacy. 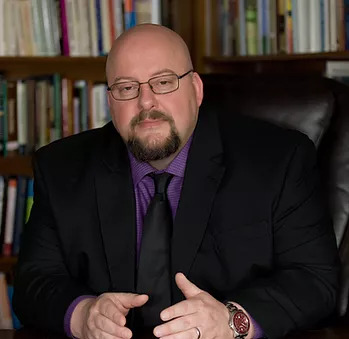 Our Chancellor, Dr. Rev. William R. Greaver is one of the founders of SCA UTS. He holds a Doctor of Psychology, a Doctor of Chaplaincy, a Master’s of Divinity, and a Bachelor of Arts with majors in Social Work, and Psychology with a minor in Philosophy. Professor Greaver was ordained in 1996 ELCA Lutheran and is currently a rostered clergy of the National Association of Congregational Christian Churches. As a CPE Supervisor, he operates a Learning Center in Tacoma, WA, the Graduate Academy of CPE Supervision which offers both online and in-person CPE Education, in addition to CPE Supervisor Education Fellow CPE. He has experience as a chaplain that goes back 30 years and has been teaching Pastoral Care in some form for over 30 years as well.

An SCA UTS Founder, Rev. Eric J. Hall, DTh, APBCC is president and CEO of HealthCare Chaplaincy Network™ (HCCN) and its affiliate, Spiritual Care Association. HCCN was founded in 1961 and is a global nonprofit organization whose mission is to advance the integration of spiritual care in health care to increase patient satisfaction and help people faced with illness and grief find comfort and meaning—whoever they are, whatever they believe, wherever they are. HCCN is a leader in clinical pastoral education and spiritual care research, and provides professional chaplaincy services at major health care institutions in New York, including Hospital for Special Surgery, Memorial Sloan Kettering Cancer Center, and Lifespan, Rhode Island.

SCA University of Theology and Spirituality

The SCA University of Theology and Spirituality (UTS) is a progressive, inter-spiritual, interdenominational, inter-faith, and holistic based center for higher learning that endeavors to educate and assist in the development of forward-thinking leaders and practitioners of Spiritual Care. We have degree-granting authority from Washington State and are recognized in most states across the U.S. 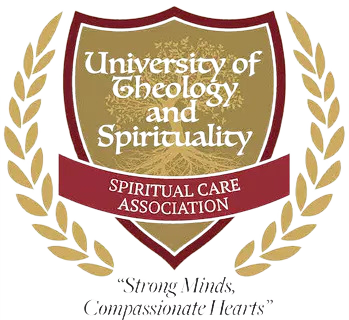